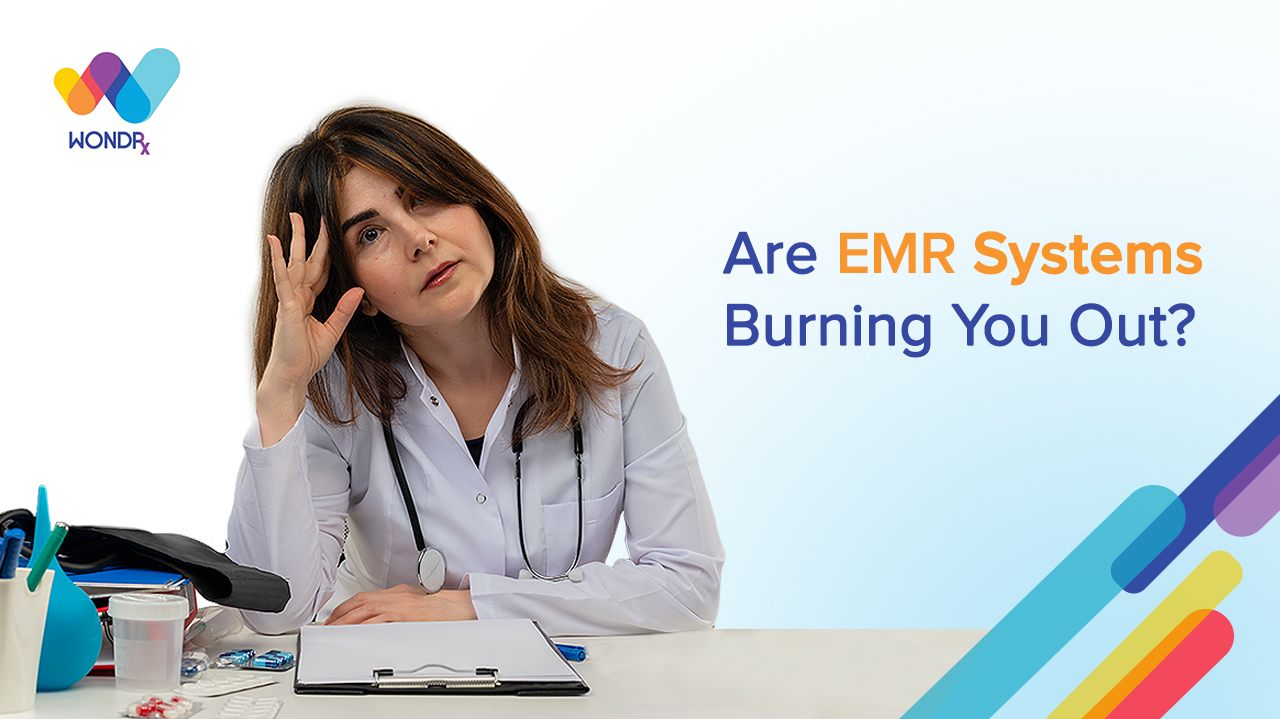 Healthcare today is taking advantage of advanced technology to move beyond the hospital, clinic, and pharmacy and into a more virtual world. These smart technologies are creating a world of care that is based on data and is accessible anywhere, anytime! New devices and applications providing digitization of medical records have become available on the market today that collect health data and provide connectivity worldwide. This has sparked an increase in collaborations between health workers, app developers, and data scientists.

Although the future of EHR and EMR exhibit potential for a better future, EMRs are not engaging the patients, and a significant Doctor-Patient gap is developing contributed by these new age EMRs.  Most of the EMRs are focused on only doctors & clinical record management with little or no attention paid to the patient as a significant stakeholder in the EMR journey. Even though EMRs provide strategic solutions to solve the common challenges faced by doctors and medical facilities using digital technologies, the question remains: is EMR the future, or do we need something more engaging and lesser burnout?

A recent study by the University of Wisconsin and the American Medical Association indicates that doctors work an average of 11.4 hours per day, with 5.9 of those hours spent with their EHR. Such unreasonable time balances are the leading causes of:

●    Doctor’s Burnout: According to several studies, 1 out of every 3 doctors is suffering from burnout at any given time. With the need to digitize health records, doctors are faced with the conflict between patient focus time and documentation time.
●    Low job satisfaction: Researchers have found that EMRs are impacting doctors' levels of job satisfaction—and not in a positive way. According to the Agency for Healthcare Research and Quality (AHRQ), one-third of doctors say that they need more than 50% more time for patient care functions. That would be all the time currently spent in EHR systems.

India has suffered from an acute shortage of doctors and nurses from time to time. As per the National Medical Commission (NMC) doctor-patient ratio of 1:834, it is vital to adapt techniques that revolutionize the future while keeping patient welfare in mind. Several studies have revealed that when doctors spend extra time on data entry, it reduces their time spent with patients and extends their workday. According to Health Populi 54% of doctors say EHRs decrease professional satisfaction. Doctors tend to feel more satisfied when they spend more time attending to patients and making sure they get the best treatment. Today, EMR and EHR systems take up more time from a doctor’s schedule, taking time away from patient care. This lengthy time spent on EHRs reduces job satisfaction.

A study called, "Association of Electronic Health Record Design and Use Factors With Clinician Stress and Burnout," indicated a relationship between factors of the EHR system and a doctor’s well-being. According to Philip J. Kroth, MD, MS, lead author of the study, "Doctors' burnout as a whole is a multifaceted problem, but people are retiring early or going part-time because they’re spending so much time on the computer, they don’t feel they get enough time to take care of their patients."

There have also been studies in the field that indicate the slow rate of EMR adoption implies the fact that there has been strong resistance amongst medical doctors. This is because doctors feel overwhelmed by the idea of typing into EMR systems, as the transition can be an additional task. Importantly, doctors are traditionally used to writing prescription papers which is a core habit that is difficult to change which is one of the major reasons that causes this resistance to typing. Consequently, doctors have a great influence on the adoption level of EMRs.

Although no one can predict what the future of electronic medical records will look like, it is safe to say that existing EMRs are designed in a way that is not engaging the patients and poses challenges for the doctors as well. A smart and advanced EMR system should not only improve healthcare experiences at low cost but also engage patients as well as doctors. The healthcare ecosystem is in need of tech that seamlessly integrates better patient treatment and improves doctor’s professional journey without asking too much from any of the stakeholders, while delivering value in terms of output. The good news is that the wait for such technology is not far. There are companies working on new innovations that are smart, accessible and easy to integrate.